I can’t claim to have had the sort of media exposure that major authors and literary prize-winners receive, but as an author I’ve done quite a few radio interviews across Australia and even one from New Zealand, so thought I’d pass on what I’ve learnt, in case it’s helpful to other ‘small-time’ authors. 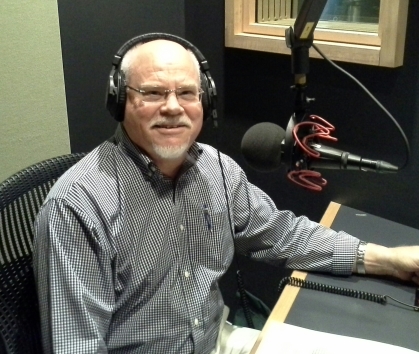 Most radio interviews are set up in advance, so make sure you spend time preparing for the sorts of questions you might be asked. Once when I was interviewed about Hustling Hinkler, my biography of trailblazing Australian pilot Bert Hinkler, who died in 1933, the theme was ‘Do we still have heroes today?’ Other times regional radio stations were particularly interested in the times Hinkler visited their towns, and on other occasions the questions were broader, such as ‘Why was Bert Hinkler so famous in his day?’

Radio interviews are mostly leisurely and the interviewers tend to be supportive, keen to make their program interesting to their listeners, so you need to be interesting too. 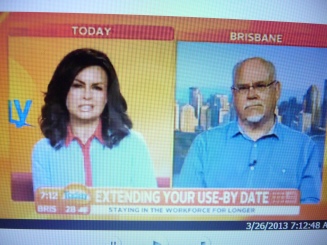 Television is more demanding because unless you’re on a literary program you’ll probably get a few minutes to answer questions, and you might not get a lot of notice. In one TV interview I did, remotely for a morning show, I knew I would have about three minutes, and I took the advice of an experienced PR person to use the politicians’ strategy: Have a key point to make whatever they ask you!

When we’re nervous, which we usually are at the beginning of an interview, we tend to ramble on a bit. So it’s good if you have the main points in front of you (one of the advantages of radio is that the audience doesn’t know what prompts you have, even if the presenter does!), but don’t read from a pre-prepared script – it will sound unnatural and likely be boring to listeners.

Respond to the interviewer

Try to respond directly to the questions the interviewer asks, but be prepared for the fact that they probably haven’t had time to read the book, but may have grasped a few key points from the back cover or the introduction. Sometimes the program’s producer will have done some groundwork and prepared a few questions for the interviewer.

If your book is on a controversial theme or topic, the interviewer may ask probing questions, which you need to be prepared for and answer as calmly and firmly as you can – if you antagonise the interviewer, you may also antagonise your audience.

With my book, Extending your use-by date, I found that interviewers generally themselves connected positively with the theme. On one occasion, when a presenter on a major radio station in a large city gently queried my suggestion that people really wanted to stay working, they received calls from all over assuring them that some people 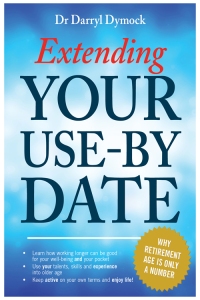 did, including a truckie on a highway somewhere. This radio person was an experienced presenter, and not at all combative, and said on air that they were surprised by the responses from listeners.

Speak to your audience

In general, the audience will probably also not have read the book, so this is your chance to connect with them so that they understand the theme and plot and purpose – whatever is likely to be important to the sorts of readers your book is aimed at. This means using language that’s appropriate for that audience. And make sure you mention the name of the book a few times, without overdoing it.

I’ve done radio interviews by phone, face-to-face in a studio, and remotely in a studio, where the interviewer is in another city. One thing I learnt quite early is just because the producer who contacted you in advance says you’ll be on the air at a particular time doesn’t mean you will be.

When you do an interview by phone or remotely, usually the producer makes contact just beforehand and puts you on hold, so that you can hear the program live before the presenter gets to you. I quickly discovered that previous segments often over-ran their allotted time, or occasionally there’d be a significant news story that took over that day and it had to be covered before they got to me. No one apologises – it’s just part of the ebb and flow of live radio, which to me adds an exciting edge to the medium.

I did a radio interview late last year where I didn’t have time to prepare. I was at an event at an Army Museum in central New South Wales where they were launching a special exhibition dedicated to the 300 conscripted teachers the Army had sent to Papua New Guinea from the mid-1960s to the early 70s. I’ve written a book about the experiences of those who went, The Chalkies, and after the opening ceremony I was introduced to Ian McNamara, the presenter of a well-known national Sunday radio show, Australia All Over, who asked if he could interview me. Right then and there. We went around the corner to a place that was slightly quieter, and the man who’s commonly known as Macca pulled a recorder from his pocket and off we went. 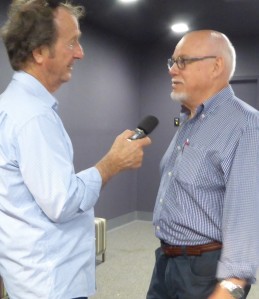 Macca interview for Australia All Over

The first two questions were excellent: What’s the name of the book, and what’s the subtitle? I didn’t have the book with me at the time, but I got the first question right; the second one escaped me for the moment but I made up something that was pretty close to it. After that it was a case of listening carefully to his questions and responding to them. Macca’s been doing this show since 1985, so he knows his audience and what he’s after. Five minutes later it was all done! And his last question was one that any author would appreciate: ‘What’s the name of the book again?’

[As a writer] ‘Janet Frame once likened herself to a “princess, shepherdess, waitress, putter-on of raincoat buttons in a factory … who chose rags from an old bundle, stitched them together, waved a wand and found herself with a completely new dress … I do collect bundles of rags and I like to sew them together: I suppose I must accept the fact that I have no wand”.’ ~ Margaret Drabble