I’m a great believer in the notion that opportunities spring from taking advantage of other opportunities – say ‘Yes’ to one and see what might happen!

Last year at the last minute I registered for a Queensland Writers Centre workshop, ‘The Spaces Between: An Introduction to Poetic Writing’, with Simon Kindt. Apart from the coincidence that ‘The space between’ is the title of my short fiction that won the Roly Sussex Short Story Award three years earlier, I was interested in the possibility of introducing more poetic language into my prose writing.

Simon turned out to be a multi-talented performer who said he’d gone from being a poet to a performance poet (and MC of slam poetry events) and was now experimenting with self-accompanied music, developed on an impressive array of mind-boggling technology. He challenged us through a series of creative exercises, one of which was to let our minds float free and come up with some lines around a particular theme.

All good and all fun for the ten or so of us at the workshop, and Simon was very supportive. Then, suddenly, towards the end: ‘Now I want you to work with the person sitting alongside you to develop a creative piece from the lines you developed earlier to

present to the rest of the group’. I think we had 10 minutes, always a challenge for a brain like mine.

The person sitting alongside me happened to be Maree Reedman, whom I hadn’t met before but who told me she was a poet and songwriter. I was already impressed. Maree and I talked through what might work and discovered (i.e. Maree suggested) that we could put the lines of our two pieces together alternately and that the piece overall would make sense as a poem. Great! I thought to myself. ‘And,’ said Maree, reaching under her chair, ‘I also have my ukulele.’ I tried not to look too surprised. ‘How about I accompany us on the uke?’ she said. Hey, this was a workshop for opening the mind, especially mine, so of course I agreed. 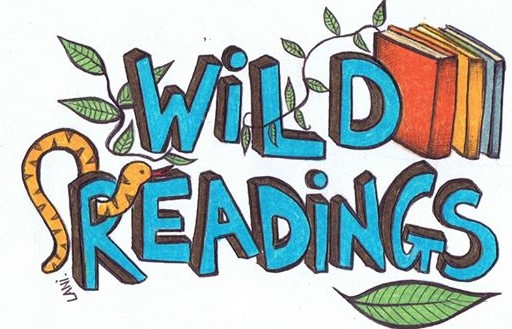 Long story short: all the workshop participants excelled themselves with creativity, and Maree and I received an especially long burst of applause and a thumbs up from Simon for our uke-accompanied alternating poem.

As we packed up to leave, Maree casually turned to me and said, ‘There’s a café at West End (Brisbane) that does public readings once a month. It’s called Wild Readings. How about we do this again over there?’ I’d never done anything like that before but, after the slightest hesitation, I said, ‘Why not? I’m up for it.’ 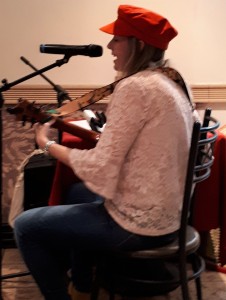 The Wild Readings organisers were gracious enough to give us a spot, as you can see from the pics on this page, and we not only did our joint presentation, but Maree and I each did a little piece of our own. Good fun! As I said at the beginning of this article, say ‘Yes’ to one opportunity and see what might happen!

I knew that the world around you is only uninteresting if you can’t see what is really going on. The place you come from is always the most exotic place you’ll ever encounter because it is the only place where you recognise how many secrets and mysteries there are in people’s lives. ~ David Malouf