Did you know that the more you read the less likely you are to die? That’s the claim made by a writer in a recent issue of Wellbeing magazine.

An item headed ‘Better read than dead’ reported a study of the reading habits of 3635 men and women aged 50 and older over a 12-year period. With such a large sample and a longitudinal study, the results promised to be interesting for both readers and writers.

According to the Wellbeing writer, the results showed that ‘adults who read books for up to 3.5 hours a week were 17 per cent less likely to die than those who did not read books…’.

When people hear about this, there’ll be a rush for books. What a boost that’ll be for booksellers and libraries. 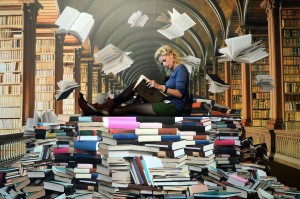 Later in the article, we discover what the Wellbeing writer meant to say: ‘In all, book readers survived almost two years longer than non-book readers [i.e within the 12-year period].’

In other words, this particular bit of research indicates that if you’re over 50, reading books is one way that may help you live a couple of years longer. But no amount of reading is going to make you ‘less likely to die’.

Of course, there may factors other than reading at play in promoting longevity. For example, book-reading and lifestyle might be linked. 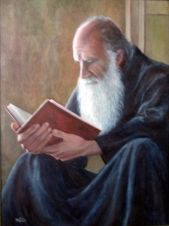 By the way, the researchers also concluded that reading newspapers and magazines is also linked to longer life, but not nearly as much as book reading. Perhaps reading magazines and newspapers is linked to increased coffee intake …?

The ultimate message from the research is: if you want to live a bit longer, reading might help you do so. See you at the library.

In the best stories, the odyssey from complication to resolution changes the character profoundly. In fact, the resolution often results not directly from the action but from a growing enlightenment – often a sudden flash of inspiration – as the character finally realizes what he [or she] has to do to solve his [or her] problem. ~ Jon Franklin, Writing for story.