On the importance of being literate is the title of a book that my good friend, the late Arch Nelson, was inspired to create in the early 1980s, when he was Chair of the Australian Council for Adult Literacy. I was reminded of the book’s title by something Richard Flanagan said in his acceptance speech as co-winner of the Australian Prime Minister’s 2014 Literary Award for Fiction for his novel, The Narrow Road to the Deep North. 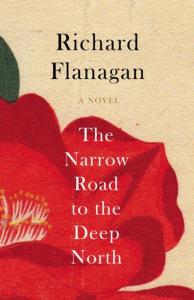 Flanagan, who earlier had won the 2014 Man Booker Prize for the same publication, said at the PM’s event, ‘If me standing here means anything, it’s that literacy can change lives.’ Arch Nelson passionately believed that too, and in the introduction to On the importance of being literate, he wrote: ‘The level of literacy in our society is an index of the respect, the affection and the compassion we have for each other, and … these things … are – or should be – basic to our way of life.’

Flanagan showed his own passion for literacy by donating his prize-money to the Indigenous Literacy Foundation (ILF), an organisation dedicated to improving literacy among Australian Aboriginal people in remote and isolated areas. In making the gesture, Flanagan brought the wheel of writing and reading full circle – the ILF was founded by the owner of the well-known Brisbane indie bookstore, Riverbend, in 2005, and has been supported by the Australian Book Industry ever since. I also donate a portion of my writing income to the ILF, but unfortunately my book sales are not in Flanagan’s league 😦

Like Flanagan and Nelson, my experience as a researcher and an educator convinces me that literacy can change lives, because it helps people take control of their lives. To paraphrase radical Brazilian educator, the late Paolo Freire, literacy helps us to read the word and the world.

It was therefore disconcerting to read in the Sydney Morning Herald of 13-14 December, 2014 that primary and high school students in New South Wales, Australia’s most populous state, are not achieving literacy and numeracy targets, and that children starting the first year of school are less academically prepared for the transition than they were three years ago (p. 5).

This is despite the introduction of standardised tests at regular intervals at school, and the fact that some 96% of the state’s children were involved in some sort of pre-school program.

I don’t claim to know why improvements aren’t coming, but I do know what I first learned some 30 years ago when I was Secretary of the Australian Council for Adult Literacy: the acquisition of literacy is a complex process, that the ‘aha’ moment of ‘cracking the code’ comes for different individuals at different times, that no single ‘system’ or strategy of teaching works for everyone, and that learning to read and write is a long-term proposition, not something acquired overnight, especially for adults who may have had unhappy experiences of school, and have been out of the classroom for a long time.

Not only do writers have a vested interest in having a literate population, but, like Arch Nelson (and, I suspect, Richard Flanagan), I believe that the level of literacy in a nation is a mark of the extent to which we are able to understand the world in a critical way, to respond to it, and to participate meaningfully and sensibly in it.

What’s your take on literacy?